If you’re new to Apple AirTags and are a seasoned air traveler, perhaps you want a little extra information around your luggage whereabouts. One question you might have is, will AirTags work inside luggage?

The good news for air travelers is that AirTags work great inside your luggage. With periodic location updates, you will be able to get a good sense of the location of your luggage while at the airport.

In this article, I explore how using an AirTag to track your luggage is a great option that offers travelers some peace of mind while at the airport.

Can You Put AirTags Inside Luggage?

Luggage that is mishandled happens for many reasons, one such reason is tag-off. A tag-off is where the bag tag itself has separated from the bag and therefore can no longer be sorted, resulting in a bag mishandling. A tag-off can happen for several reasons, perhaps it wasn’t attached correctly during self-check-in or, perhaps it was ripped off as it made its way through the vast airport baggage handling systems.

Can You Put AirTags On Luggage?

Placing an AirTag on your luggage is a great option that offers travelers some peace of mind while at the airport. However, putting an AirTag on the outside of your luggage does make it more susceptible to being accidentally removed while traveling through an airport’s baggage handling system.

While airport baggage handling systems are becoming more efficient, accidents and damages to luggage do happen. Putting an AirTag on your luggage certainly does look cool, however, it does mean there is a chance that your AirTag could potentially be accidentally ripped off your luggage during its journey.

It’s a much better idea to place your AirTag inside the luggage you want to track and minimize any potential for damaging or losing your AirTag. If, however, you do decide to put your AirTag on your luggage there are some great Apple AirTag accessory options available like the Apple AirTag Polyurethane Loop.

How Do AirTags Work?

Apple’s AirTag tracker uses a CR2032 coin cell battery that Apple says will last up to one year before needing to be replaced. The water and dust resistant device can send a secure Bluetooth signal that is detected by other Bluetooth devices on Apple’s Find My network.

Using other Apple devices, an AirTag’s location is transmitted to Apple’s iCloud where it can be tracked within the Find My app. All this communication happens in an anonymous and encrypted way to protect everyone’s privacy. It’s important to note that only you, the AirTag owner, can see where the AirTag is and that the location data and history are never saved on the AirTag itself.

One last point to note, AirTags do a fantastic job at tracking things, however, don’t expect an AirTag to give you real-time location updates. This is especially true when your luggage is traveling through the baggage handling system or, is traveling on a tug to the aircraft. Once your AirTag is stationary you can expect to receive regular updates of its location every five or ten minutes assuming there are other Bluetooth Apple devices within range.

Hopefully, I have answered all your questions on will AirTags work inside luggage. Below I answer a few additional AirTag frequently asked questions.

How much does an AirTag weigh?

According to Apple’s technical details, an AirTag weighs 0.39 ounces or 11 grams.

Apple’s Precision Finding uses a technology called Ultra Wideband, this technology is not available in every country.

Can you use AirTags with an Android device?

Should you hide an AirTag in your luggage?

Yes, hiding an AirTag inside your luggage is a great option. Having it inside means there is no chance for it being ripped off while traveling through the airport baggage handling system.

Are AirTags allowed on checked luggage?

Yes, AirTags are allowed on checked luggage because they use Bluetooth, just like many of the headphones you’ll see passengers wearing on the aircraft.

Final Thoughts On Will AirTags Work Inside Luggage

So, in conclusion, will AirTags work inside luggage. Yes, placing an AirTag inside your luggage is a great option if you want some extra peace of mind as your travel. The low-cost tracker from Apple works extremely well if other Apple Bluetooth devices are in range. However, don’t expect to receive any real-time tracking information, more like every five or ten minutes – but if your luggage is mishandled it will improve your chances of recovering it greatly!

Are you looking for more smart AirTag ideas? Check out my other article on where to use Apple AirTags. 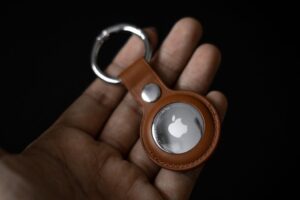 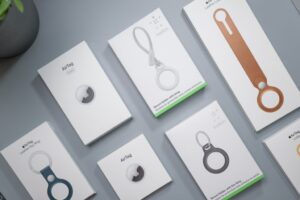 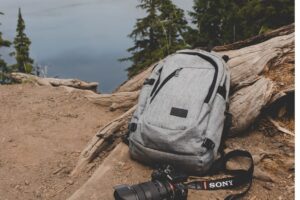