If you’re considering a Chromebook, you most likely compared the specs between Microsoft Windows laptops and Chrome OS Chromebooks. One question you may have is, why do Chromebooks have such small drives? If so, then this article is for you!

Chromebooks have such small drives because they rely on using cloud storage. Pushing data to the cloud allows Chromebooks to have significantly smaller storage drives. Using a small storage drive also means a Chromebook’s retail price can be much less than a standard laptop running Microsoft Windows, for example.

In this article, I explore the question, why do Chromebooks have so little storage, and offer my recommendations of the most popular Chromebooks that have great internal storage options.

Why Is Chromebook Storage So Small?

Although offline capabilities are available, Chromebooks are at their best when connected to the internet. Using browser-based apps or streaming the latest movies on a Chromebook can be done without internal storage. However, having storage so small also offers an advantage to Chromebook buyers that regular laptops don’t have.

If you have researched Chromebook prices, you’ll have noticed that Chromebooks are far more budget-friendly than regular Microsoft Windows laptops, for example. Being budget-friendly is partly down to having smaller storage. Although the price of storage has fallen dramatically over the years, data drive size does tend to push the cost of a device up.

What Kind Of Hard Drive Is In A Chromebook?

A Chromebook does not have a Hard Disk Drive (HDD). In a Chromebook will find either a Sold State Drive (SSD) or an Embedded Multimedia Cards (eMMC) for internal data storage.

A Solid State Drive or SSD functions similar to a Hard Disk Drive, however, it uses different technology under the hood. Unlike a Hard Disk Drive, a SSD uses flash memory to store data that can be accessed digitally, unlike a mechanical Hard Disk Drive. A SSD has near-instant read times, which allows a Chromebook to boot up incredibly fast.

A Multimedia Card or eMMC is often found in budget Chromebooks. A eMMC is an integrated storage chip that sits on the Chromebook’s motherboard. It’s like a permanent MicroSD card. Like a SSD it also uses flash memory to store data, however an eMMC is not as fast as a SSD.

How Big Is The Drive On A Chromebook?

The most popular Chromebook internal storage drive sizes are 32 GB, 64 GB, or 128 GB. There are Chromebooks available with much larger storage drives of 1 TB or 2 TB, however, expect to pay a premium for these features.

Chromebooks with one or two terabyte drives are available if you prefer to store your data locally on your Chromebook. However, you can expect to pay a premium price for this feature. Before deciding on how much local storage you need, consider your everyday Chromebook computing needs versus the premium cost, for some opting for cloud storage, might just be a better option.

Of course, it’s not necessary to purchase a Chromebook with a large internal drive. As a Chromebook user, you can enjoy a reduced cost for using Google’s cloud storage. Lastly, if you’re okay with using an external drive, you can purchase a 1 TB SSD at an affordable price these days.

I hope this article answers the question, why do Chromebooks have such small drives. You may have other Chromebook related drive questions, so below I answer some of the most frequently asked questions.

Do Chromebooks have Solid State Drives?

Which is faster SSD or eMMC?

Solid State Drives or SSD are faster than Embedded Multimedia Cards or eMMC.

Do Chromebooks have hard drives?

Chromebooks do not have hard drives. Chromebooks use a small solid-state drive or SSD for local file storage.

Chromebooks will keep you working and entertained, even if you go offline with no internet access.

Final Thoughts On Why Do Chromebooks Have Such Small Drives 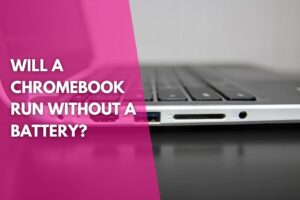 Will A Chromebook Run Without A Battery? 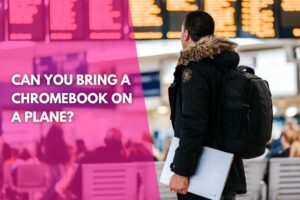 Can You Bring A Chromebook On A Plane? (Solved) 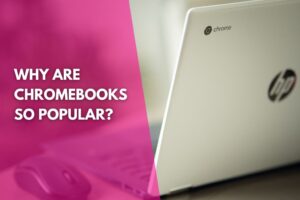 Why Are Chromebooks So Popular? (Explained)