It’s no mystery that the level of protection on an Apple Mac is superior. However, no operating system can ever be fool-proof against malware, so it begs the question, do I need antivirus protection for my Mac?

Malicious viruses and malware are becoming more difficult to protect against, so having an additional layer of antivirus protection for your Mac is a great decision.

For many years the common understanding was that macOS was secure enough on its own, and you didn’t need any antivirus protection, unlike its rival, Microsoft Windows. In this article, we find out just how secure your Mac is, what protection comes out of the box with your Mac, what Gatekeeper on your Mac does, my recommendation and what I use as the best antivirus protection for my Mac.

What Is The Best Antivirus Protection For My Mac?​

Before jumping into buying antivirus software, think about all your family antivirus needs.

Perhaps it might make more financial sense to consider a multi-device, multi-platform option, especially if you have multiple computers regardless if they are Mac or Windows. Or if you have cellphones and or tablets in your household.

Most antivirus software has an option to cover you end-to-end or just a single device like your Mac.

Here at A Geek’s World, Bitdefender Antivirus for Mac is my go-to software and the antivirus protection for my Mac that I trust and rely on.

Bitdefender is an easy-to-use program that offers fantastic malware detection that also includes ransomware protection. Offering a light footprint in terms of system impact and coming in at a very affordable price, it’s an easy recommendation to make.

How Secure Is My Mac??

According to a recent survey conducted by Malwarebytes Labs, macOS malware threats have increased exponentially when compared against Microsoft Windows malware threats.

When using the metric of threats per endpoint to calculate, Mac threats outpaced Windows threats by nearly double. A Mac still remains more secure than a Microsoft Windows PC, however this statistic means having antivirus software on your Mac is a wise decision to help protect you from the latest bread of advanced malware threats.

When you stop and consider just how popular the Mac has become, it’s easy to comprehend why targeting macOS would be a lucrative cyber target for those looking to exploit operating system vulnerabilities.

The good news is that macOS is safer and way more secure when compared with Microsoft Windows because it leverages a Unix-based operating system which is typically more difficult to exploit.

Apple does a great job offering security right out of the box on their Mac products. Two notable features are XProtect and GateKeeper, so let’s take a closer look at these.

Yes, it does. Your Apple Mac has anti-malware (antivirus), better know as XProtect built right in, so why do I need antivirus protection for my Mac then I hear you ask.

XProtect works on the file quarantine concept which is similar to the Microsoft Windows Defender feature on a PC.

XProtect relies on malware definitions to protect you from any threats you may have downloaded unintentionally. These definition updates are installed as part of your standard macOS update process.

This feature is useful, but it’s by no means perfect due to its fairly limited definition list. XProtect will only consider files that have been downloaded from the web and does not take care of any existing threats you may have in your operating system.

What Does Gatekeeper On Mac Do??

Out of the box, your macOS also includes a technology called GateKeeper.

This technology is responsible for ensuring that only signed and trusted software (apps) run on your Mac.

Apple recommends that the safest place to install apps from is the Apple App Store since Apple has a process where they review each app before it is accepted made available for installation.

However, if you do find yourself installing an app from outside of the App Store then fear not. Apple will still run a check against the Software Developer ID Signature and check that the software is from an identified developer and it’s not been tampered with or doesn’t contain any known malware and therefore ensuring its safe to install.

If you decide to install and run any software app that hasn’t been verified by Apple this could potentially compromise your Mac and your personal data. There are settings available to reduce the level of XProtect protection assuming you have admin privileges for the Mac in question.

Hopefully, I have answered all of your questions related to, do I need antivirus protection for my Mac. However, you may still have other questions surrounding antivirus for Mac. If you do, below I have answered some common frequently asked questions, or check out my tips for MacBook users who are new to macOS.

Is antivirus required for Mac?

There is no requirement to have antivirus protection on your Mac, but its highly recommended.

Where can I buy antivirus for Mac?

Antivirus for your Mac can be bought from several different outlets.  However, we recommend buying from the Apple App Store or Amazon.

How much does antivirus for Mac cost?

For a good antivirus that actually works you can expect to pay upwards of $20.00 for a one device, one year subscription.

Final Thoughts On Do I Need Antivirus Protection For My Mac

So there you have it. Despite all of the out-of-the-box technology features Apple has to offer on the Mac, there is still a need for an additional layer of leading antivirus protection.

Given how popular Mac has become, it’s easy to see why malware threats against Macs have increased. Adding an extra layer of protection at a fairly minimal cost just makes good sense and offers added peace of mind. 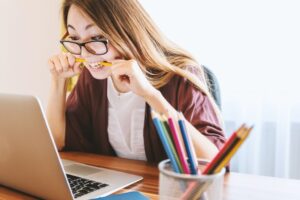 The Best Antivirus For Students (With Recommendations) 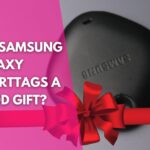