AirTags make it easy to track and find your misplaced stuff like keys, wallets, purses, backpacks, luggage, and more. If you’re new to AirTags, one question you might be wondering is, do AirTags have a headphone jack? If you’re asking the same, read on because this article is for you!

AirTags themselves do not have a headphone jack. According to Apple’s AirTag technical specifications, there is no headphone jack within the AirTag design itself.

In this article, I explore Apple’s AirTag in more depth and the specifications behind the Bluetooth, Ultra Wideband tracking device.

Does An AirTag Have a Headphone Jack?

An AirTag does not have a headphone jack, so you cannot plug a set of wired headphones into an AirTag using a jack.

For a full rundown of an AirTag’s technical specifications, check out Apple’s AirTag tech spec sheet or watch the teardown video below for a more in-depth look at what’s inside (or not inside) an Apple AirTag.

Can You Listen To An AirTag?

You can listen to an AirTag if you are near the AirTag itself, and the AirTag is making a noise. An AirTag makes four unique noises depending on the activity. The noise from an AirTag is often referred to as a chime and can be heard directly from the AirTag’s built-in speaker.

So, you’re probably wondering what are the four unique noises that an AirTag makes, below I list them out for you:

Watch the get to know AirTag sounds video below for a more in-depth look at AirTag’s sounds and chimes. Or, if you’re looking for some more reading on how loud is an AirTag, then click the link and check out my other article.

Check out an AirTag’s full technical specifications below:

Hopefully, I have answered the question, do AirTags have a headphone jack? However, you may still have other questions surrounding Apple AirTags. If you do, below I have answered some common frequently asked questions.

Does an AirTag have a speaker?

An AirTag has a built-in speaker.

How loud is an AirTag?

At its loudest, an AirTag is approximately 60 decibels.

Can an AirTag speaker be disabled?

An AirTag speaker cannot be disabled unless the AirTag is modified and the built-in speaker removed.

Final Thoughts On Do AirTags Have A Headphone Jack?

Are you looking for some practicle AirTag uses? Check out my other article where I cover ten useful everyday ideas. 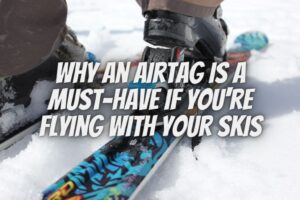 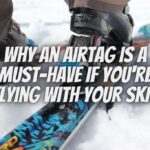