AirTags are Bluetooth tracking gadgets by Apple designed to track all of your misplaced stuff. If you’re looking to buy AirTags, one of the questions you’ll likely want an answer to is, do AirTags come with a charger? If you’re wondering the same, then read on because this article is for you.

Unlike other Apple products, AirTags do not come with a charger out of the box. However, an AirTag battery will last around one year before needing replacing. Fortunately, replacing an AirTag’s battery is easily done in a few simple steps.

In this article, I explore topics such as, what comes in an AirTag box, how to check your AirTags battery level, and much more.

What Comes In An AirTag Box?

What comes in an AirTag box is the AirTag itself with a pre-installed unactivated CR2032 battery, some safety and handling information, and a handy AirTag user guide, and that’s it.

For those wondering if AirTags come with a charger, they do not. Nor do they come with an AirTag holder, an AirTag keyring, or an extra AirTag battery out of the box. Apple has cleverly created a market for AirTag Loops and other AirTag accessories to keep your AirTag safely secured to your stuff.

Once you open the usual Apple-style packaging, you’ll find a couple of documents, a user guide, and safety and handling information. Putting those to one side, you will find the AirTag itself, all nicely wrapped in plastic. Removing the plastic serves two purposes, the first, it exposes the stainless steel face (which does scratch), and the second, it activates the pre-installed battery.

AirTags do need batteries to operate. An AirTag uses a replaceable CR2032 battery as its only power source. When used daily, an AirTag’s battery will last around one year before you have to replace it.

Without a battery your AirTag will not operate, and therefore you’ll be unable to track your stuff. The cool thing about an AirTag is that it’s a set-it-and-forget-it gadget. Once you’ve paired and set up an AirTag, you can attach it to your item and forget about it, knowing that your AirTag’s battery life will last around a year before it needs to be replaced.

It’s easy to find a CR2032 replacement battery when it comes time to replace your AirTag’s battery. CR2032 batteries can be found in the battery section of most large retail stores, so you can easily pick some up next time you go.

Top tech tip: Apple do not recommend using a CR2032 battery with a bitterant coating in an AirTag since the alignment of the coating in relation to the battery contacts may affect its operation.

AirTags are not rechargeable. The standard battery that comes in an AirTag is non-rechargeable, and unlike many of Apple’s other tech products, an AirTag does not include a charger in the box.

An AirTag battery will die, but the good news is that they are very easy to replace. And although the pre-installed battery supplied with an AirTag is not rechargeable, you could consider replacing it with a rechargeable lithium coin cell battery instead of using a one-time-only use battery.

How To Check Your AirTag’s Battery Level

Top tech tip: Should an AirTag’s battery level turn low, you will receive a notification that the battery needs to be replaced.

How To Change Your AirTag’s Battery

Knowing how to replace your AirTag’s battery is a useful skill to have, especially if you’re tracking all your important and expensive stuff. Below I cover six simple steps that will walk you through how to replace the battery in an AirTag. Replacing the battery on an AirTag is an easy task, here’s how:

If you do not hear a sound indicating that the new battery is connected, repeat step 4.

How often do AirTags need to be charged?

AirTags don’t need to be charged.

Do AirTags have replaceable batteries?

AirTags do have replaceable batteries.

AirTags are not waterproof, but they are water-resistant.

Final Thoughts On Do AirTags Come With A Charger

So, In conclusion, do AirTags come with a charger? AirTags do not come with a charger out of the box, nor do they have to. The good news is that the included battery will last around one year before it has to be changed. Thankfully replacing an AirTag’s battery is a simple task that any AirTag owner can do in a few simple steps. 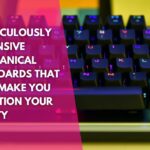